In February 2014, Goodyear retired the Spirit of Goodyear after its aerial coverage of the Daytona 500. To commemorate the occasion, the airship — which was in the skies for 14 years — received the Guinness World Record for the longest, continuously-operated airship ever.

The Spirit of Goodyear had covered marquee events such as the NBA Finals, MLB World Series, Kentucky Derby, prominent NASCAR® races and a host of others. This GZ-20 model airship was based in Akron, Ohio, for the majority of its life span but retired to Florida for its last months of activity.

NASCAR® is a registered trademark of the National Association for Stock Car Auto Racing, Inc. 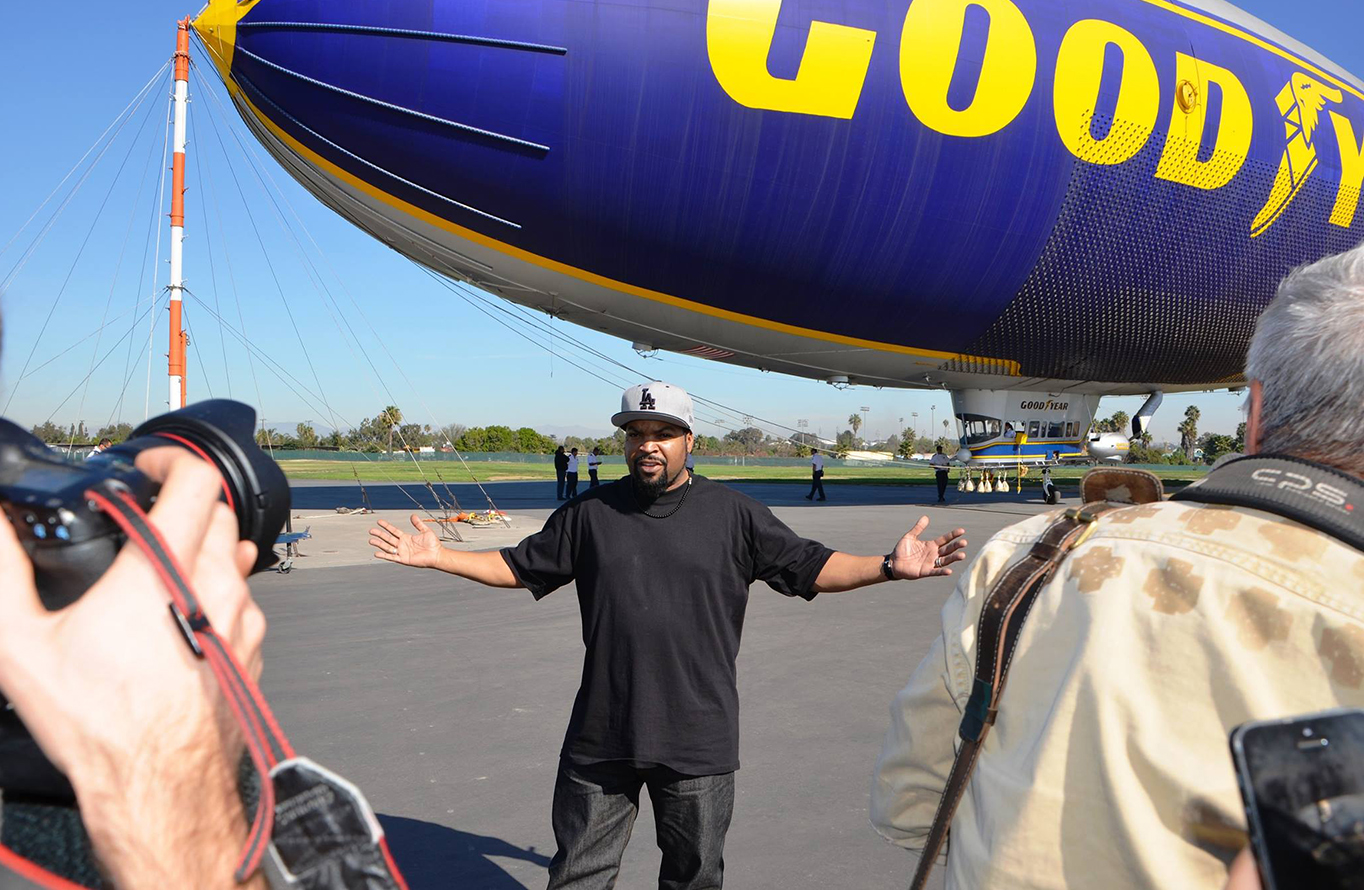 The Goodyear Blimp Spirit of America and musician/actor Ice Cube teamed up with Jimmy Fallon to deliver a special experience for the kids of a Los Angeles charity. The activity was prompted by a unique call to action delivered last week by a group of Ice Cube fans who created a website called The Good Day Blimp.

The website was developed with the objective of seeking donations for A Place Called Home, a charity based in South Central Los Angeles which works to provide a safe, positive, family environment for at-risk youth. Goodyear responded and invited the kids and Ice Cube to take flight with the Goodyear Blimp. The kids enjoyed a "Good Day" with Ice Cube and the Spirit of America. 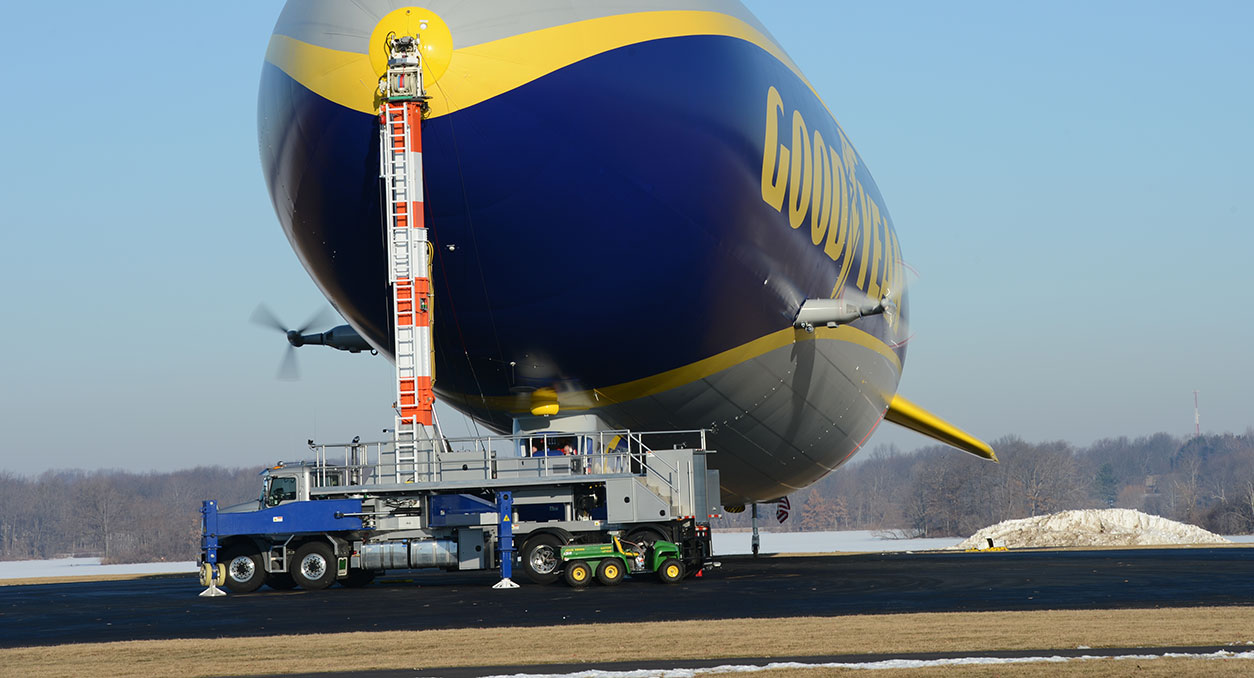 After nearly one year of construction, the newest Goodyear Blimp was unveiled to media, associates and customers on March 14, 2014. The first glimpse was covered extensively by the national media and — with the reveal of a public-driven naming contest — helped generate excitement in the newest addition to Goodyear's airship program.

The new Blimp is Goodyear’s first iteration of the Zeppelin model and marks the continuation of collaboration between two aviation pioneers, Goodyear and Dupont™, which has lasted nearly 100 years.

DuPont™ and Kevlar® are trademarks or registered trademarks of E.I. du Pont de Nemours and Company.

Blimp Facts: Awards
Which Goodyear blimp was awarded a Guinness Book of World Records entry? Ans. The Spirit of Goodyear was awarded recognition for the Longest Continuously Operated Airship ever in 2014.